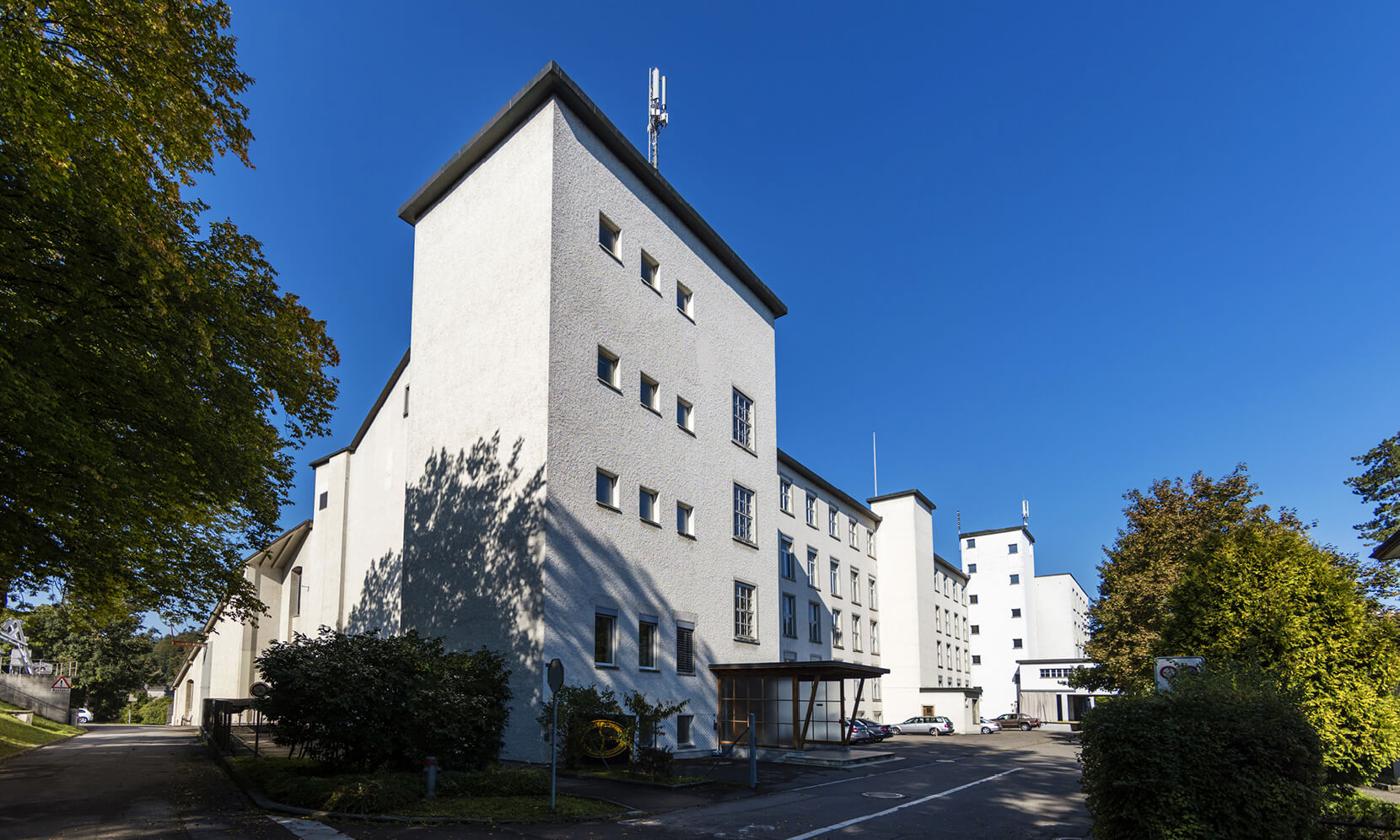 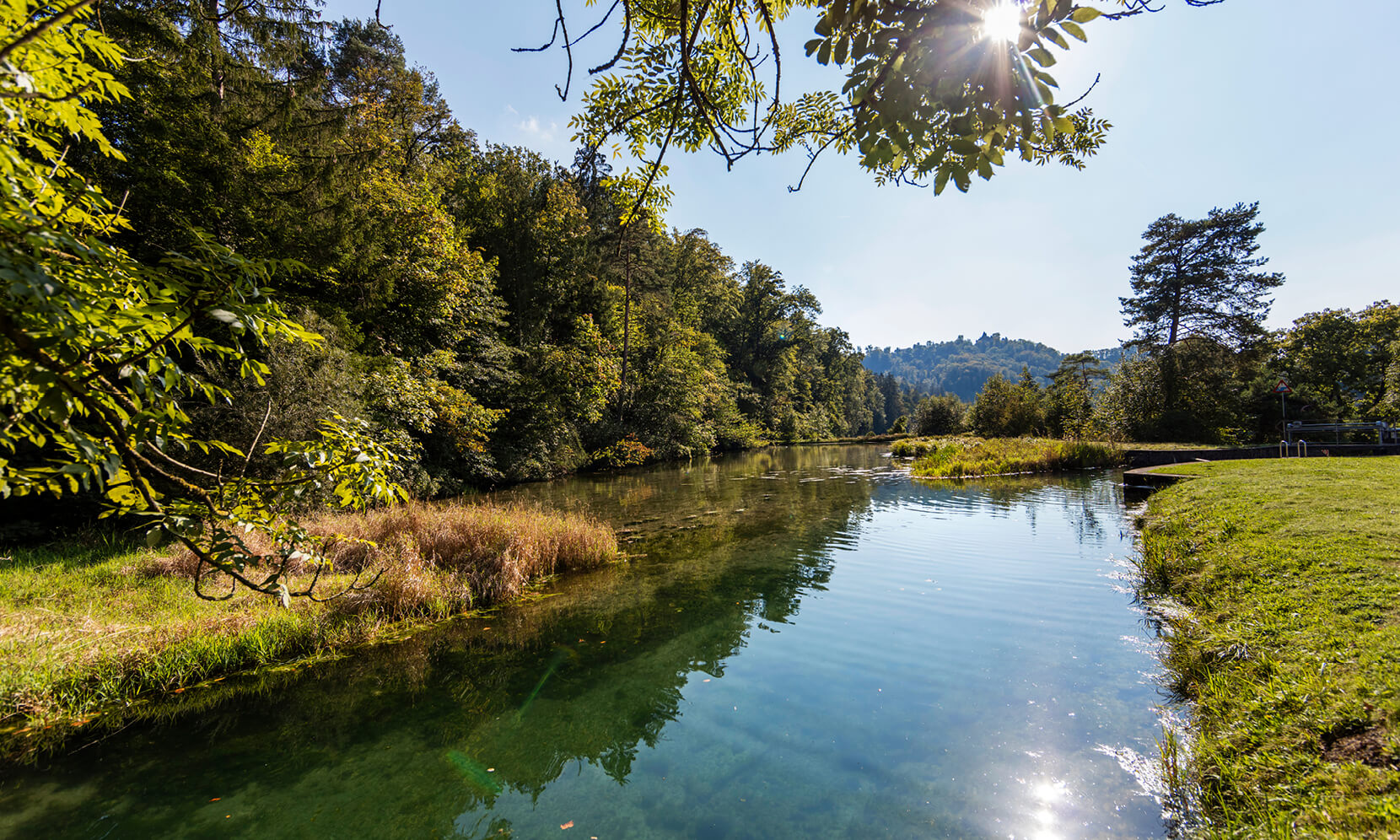 For more than 150 years, we produced the finest cotton yarns at the Bühler-Areal near Winterthur. With the closure of the spinning mill at the end of 2016, we are developing the Bühler-Areal into a new incarnation. We are converting the various industrial buildings into attractive apartments and flexibly usable commercial premises. We attach great importance to the careful handling of the historical heritage and preserving the industrial charm of the site.

Just minutes to Winterthur, Zurich and the airport

The Bühler-Areal is optimally linked to public transport. The “Sennhof-Kyburg” suburban train stop is 400 metres from the property. Winterthur’s city centre is just a few minutes away. The airport and downtown Zurich can be reached by train or car in half an hour. At the same time, the Bühler-Areal is surrounded by beautiful nature on the banks of the Töss River, with an unobstructed view of Kyburg Castle.

The large commercial buildings “Factory” and the “Bale Warehouse” may be adapted to individual needs.

A diverse residential mix is being developed within the “Spinning Mill”.

A bistro is planned at the “Power Station”.

Conversion and new use

The old spinning mill that dates back to 1860 will be freed from its 20th century annexes and returned to its original character. 89 loft-like apartments of different sizes will all be built to high ecological standards (Minergie). Additional commercial space will be added on the mezzanine floor.

Living space for individualists: both close to nature and urban

Three-storey maisonette apartments are being built where the finished spun yarns were once stored – each with its own garden, balcony and direct access to the Töss River.

Living directly on the banks of the Töss

The large factory halls built in the 1980s are suitable for high-quality workplace for production, workshops, laboratories and seminar rooms. The central area is ideal for storage. The former technical and supply wing offers space for well-lit offices and studios. An underground car park with around 100 spaces is being built in the basement.

Commercial space – tailored to a variety of needs

The former bale warehouse will remain structurally unchanged and can be used as a storage area or an unheated factory hall.

The power station produces climate-friendly and renewable energy from hydropower. A bistro is being built within the former machine rooms of the historic power station – an attractive meeting place for the entire estate, with an industrial vibe.

During the architectural competition for the conversion of the historic spinning mill, the project presented by the well-known Winterthur office of Stutz Bolt Partner convinced the jury in every respect.

The clear contours of the old spinning mill will be restored through the removal of various annex buildings. It will be supplemented by two additions: balconies for the apartments facing northwest and a platform to access the mezzanine floor. This platform will be the entrance and hub of the “Spinning Mill” for both residents and visitors.

The architect firm RWPA in Winterthur is planning the conversion of the “factory”. The southwest façade will be fitted with large windows and gates. This will provide access to the spacious commercial areas and allow plenty of natural light to enter the halls. High-quality, permanent workstations will be possible thanks to the additional lighting. Attractive offices and studios are being built in the former service wing.

Motorised traffic will be led directly from the Tössbrücke bridge into the underground car park at the entrance to the site. The commercial premises in the “Factory” and “Bale Warehouse” will be accessed via a separate access road on the outside. In this way, the attractive inner courtyard will remain largely car-free as the centre of the site. 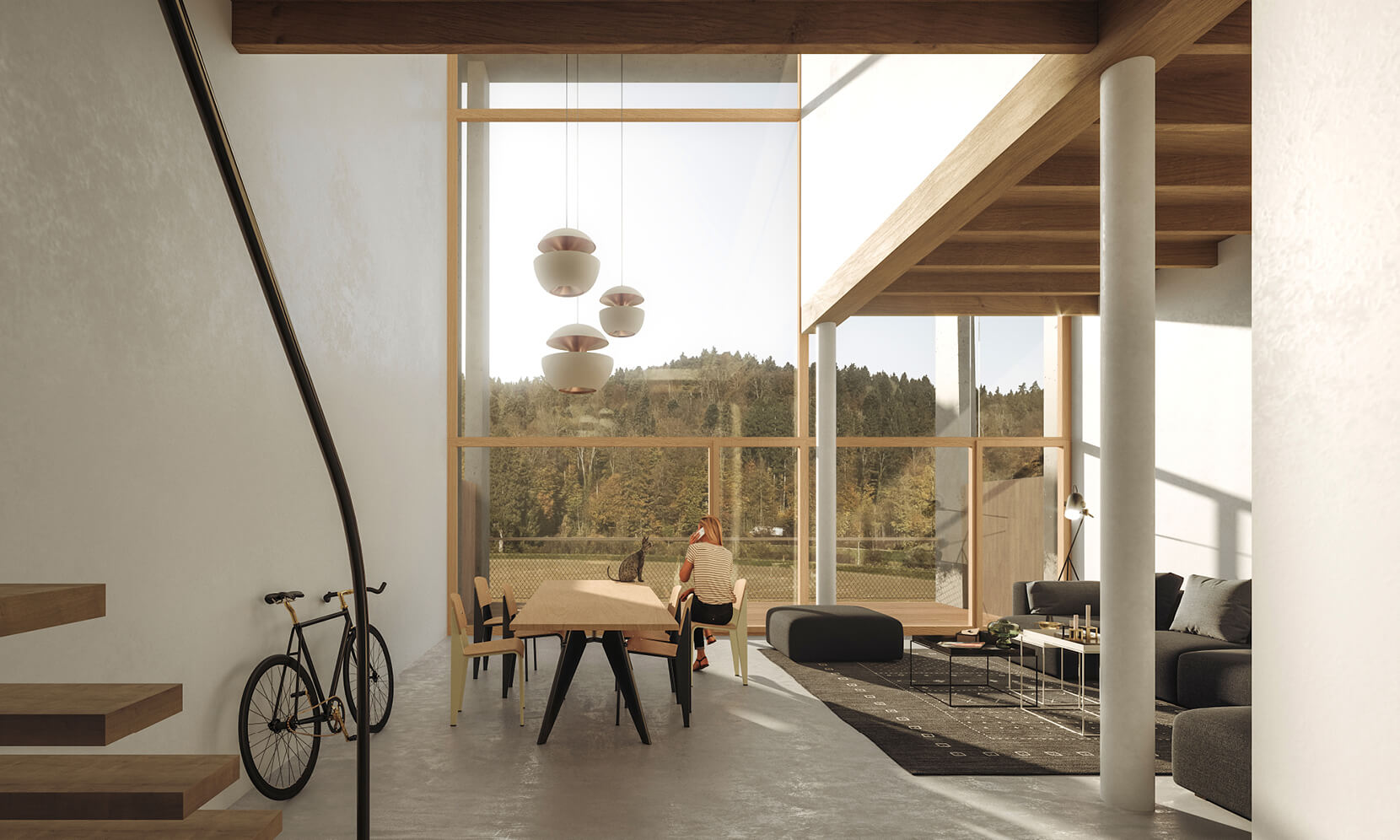 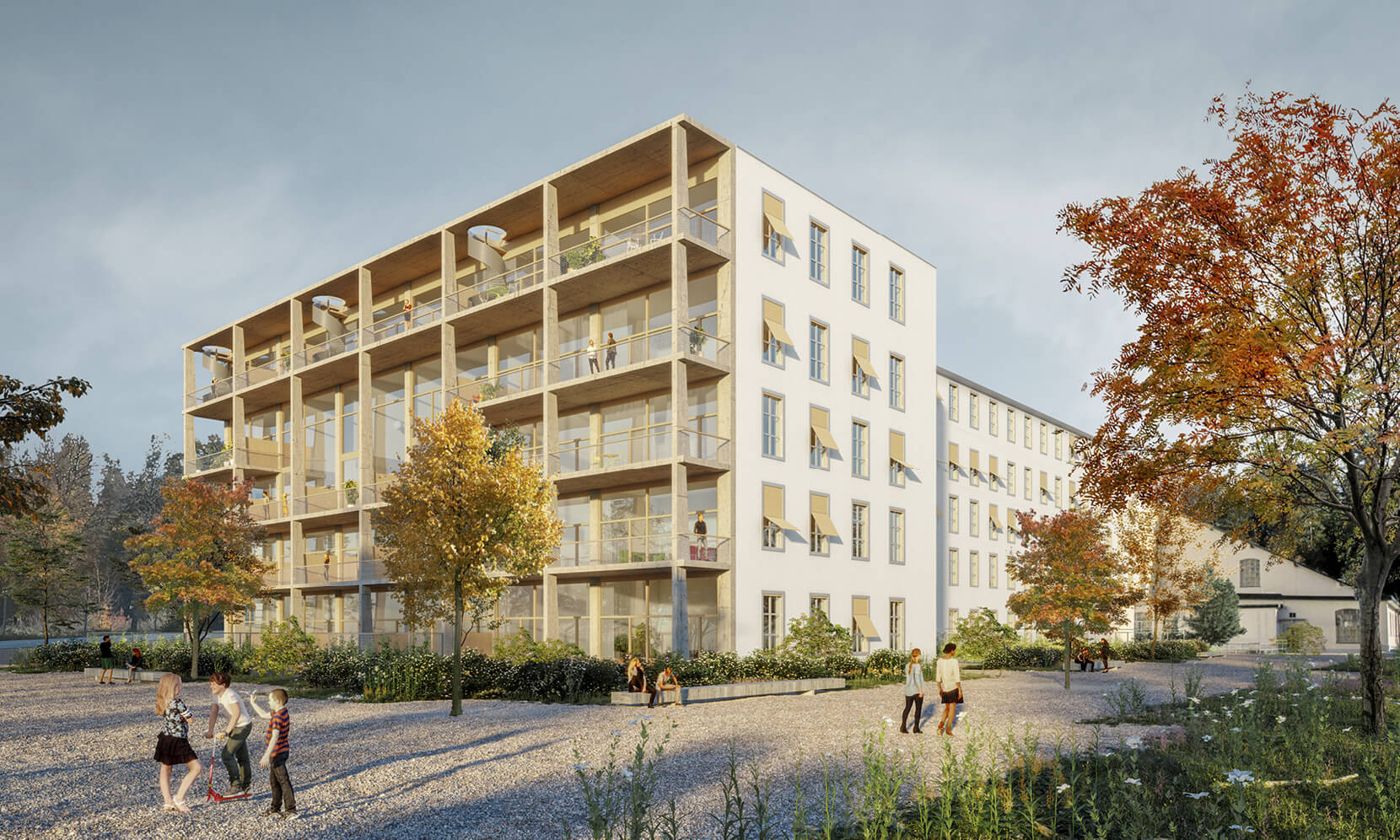